The Kent Rod & Gun Club will be holding a Pistol Safety Course on Sunday, January 13, 2013,  at our clubhouse.

This necessary course is for those seeking to obtain a first-time pistol permit or an upgrade to an existing permit.

Coffee, beverages, and snacks will be available for purchase, attendees are advised to bring along their own lunch.

Please contact John Sparano at....kentrodandgunclub@gmail.com for information and in order to be added to the class.

It’s that time of year…again! While you’re all getting ready for Christmas, stop and take some time out to come and enjoy our annual Kent Rod & Gun Club Christmas Party on Sunday, December 2nd!

The festivities will start at 1 p.m. in our clubhouse where a table will be ready with crafts for the children to make some holiday items until Santa arrives. A warm, cozy fire, some Christmas music and tasty food will make for a pleasant afternoon.

Everyone is asked to please bring along their favorite food dish and/or a dessert.....BYOB...beverages, Coffee and Tea will be available. 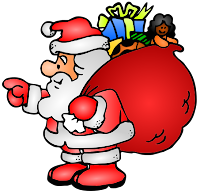 Most importantly, please bring a wrapped present with your child’s name on it for Santa's visit! 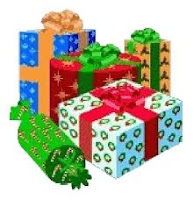 Everyone is requested to RSVP, as soon as possible...to:
kentrodandgunclub@gmail.com
Posted by Kent Rod & Gun at 9:35 AM No comments:

NSSF Urges Calls to Your Senators

As the 112th Congress begins its post-election session, NSSF encourages all firearms owners, hunters and sportsmen to call or email their U.S. Senators and urge them to vote YES on theSportsmen's Act (S. 3525), the most important package of measures for the benefit of sportsmen in a generation. An early vote has been cleared procedurally, so act now.
This historic legislation includes the firearms industry's top legislative priority, the Hunting, Fishing and Recreational Shooting Protection Act (S. 838) that would clarify that ammunition is excluded from regulation by the Environmental Protection Agency under the Toxic Substances Control Act.
Anti-hunting groups led by the Center for Biological Diversity are suing the EPA to force a ban ontraditional ammunition made with lead components that would devastate hunting and shooting sports participation, drive up ammunition prices by almost 200 percent on average and dry up conservation funding.
No less than 46 of the nation's leading sportsmen and conservation groups including the NRA, Congressional Sportsmen's Foundation, Ducks Unlimited, U.S. Sportsmen's Alliance and the Boone and Crockett Club are championing S. 3525. This bipartisan legislation is strongly supported by the National Shooting Sports Foundation.
The Sportsmen's Act is a package of 19 separate bills -- the majority of sportsmen's legislative priorities on Capitol Hill. (See below for an overview of the components of the bill.) A similar package of bills--the Sportsmen's Heritage Act of 2012 (H.R. 4089)--was passed by the House in the spring by a bipartisan vote of 276 to 146. Passage of this pro-sportsmen's legislation will promote, protect and preserve our nation's hunting, shooting and conservation heritage for generations to come.
Our voices must be heard! As you read this, Anti-hunting forces are working to defeat S. 3525. So act now, call your U.S. Senators at202-224-3121 and urge them to vote YES for the bipartisan Sportsmen's Act of 2012.
Sportsmen's Priorities in the Sportsmen's Act of 2012

The Hunting, Fishing and Recreational Shooting Protection Act: Specifically excludes ammunition and fishing tackle from the Toxic Substances Control Act, preventing unnecessary regulations that could devastate hunting, shooting, conservation funding and the firearm and ammunition industries.
Making Public Lands Public: Requires that the 1.5 percent of annual Land and Water Conservation Fund funding is made available to secure public access to federal public land for hunting, fishing, and other recreational purposes.
Target Practice and Marksmanship Training Support Act: Makes Pittman-Robertson funds available to states for a longer period of time for the creation and maintenance of shooting ranges. The bill encourages federal land agencies to cooperate with state and local authorities to maintain shooting ranges and limits liability for these agencies.

A reminder to all that Our General Membership Meeting and Club Elections will be on Friday, November 9th at 8 p.m.
Superstorm Sandy knocked out power in our area until late last Saturday.  We were fortunate in not losing power, again, with the second Nor'easter to hit the East Coast on Wednesday.  Looks like we might be in for some active weather over the next few months.
On our club menu for the evening will be Sausage & Pepper Wedges.
October was a busy month at the KR&G with Hunter Safety Courses for Bow and Shotgun.
Two Personal Protection Courses were offered, Personal Protection in the Home and Outside the Home; a couple of pics are posted on our Random Shots page.
Good luck to all our Hunters.  Stay safe, have a great season and get those freezers full!
Posted by Kent Rod & Gun at 8:41 PM No comments:

Our General Membership Meeting, along with club elections, has been postponed until Friday, November 9th, at 8 p.m. as our club remains without power in the aftermath of Superstorm Sandy.
Many of our members are dealing with various outages.  Most are trying to resume daily activities while coping with gas shortages.  Navigating over roads littered with branches or blocked by trees and wires is treacherous.  Hopefully, next week will find the return of even a small element of normalcy.
The Kent Rod and Gun Club sends its thoughts and prayers out to everyone in New Jersey, New York, and beyond, who has suffered great loss during this recent storm.
Posted by Kent Rod & Gun at 8:49 PM No comments: