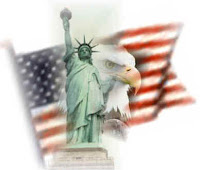 A reminder that Tuesday, November 8th, is Election Day, 2016 and, as members of The Kent Rod & Gun Club, we all need to exercise our right to VOTE!  As citizens of the United States of America, we must exercise that right to VOTE!

There has never been a more critical time to protect our 2nd Amendment Right to "keep and bear arms" than NOW!

The reality of Hillary Clinton becoming our next president is UNTHINKABLE!!

The NRA has endorsed Donald Trump, as stated in their two most recent magazine issues; the November issue contains a special insert which outlines their endorsed candidates for all national and state races. Since we are a "single issue" club, all members are urged to use that as a guide on Election Day.

WE NEED TO SUPPORT THOSE CANDIDATES WHO SUPPORT OUR 2ND AMENDMENT RIGHTS!!

Feedback from Kent Rod & Gun Club Members is always welcome. Questions and concerns should to be directed to the club President at..kentrodandgunclub@gmail.com