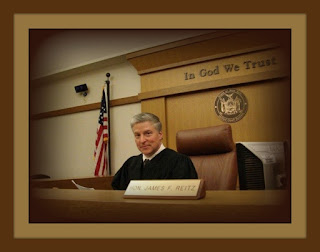 Behind his smile was dedication and commitment.  His vision for others was genuine as he focused on second chances whenever possible.  Judge Reitz was fully invested in the community of Putnam County and conducted himself with grace and great honor.

Always active in community service, he supported many organizations, giving his time without hesitation.  He championed the Putnam County Judicial Diversion/Treatment Court, a program that provides addicts with an alternative path to incarceration.  Judge Reitz tirelessly advocated for addiction recovery and his program helped to save many lives in our county.  This court has proven to be a monumental success, emulated by several courts across our country.  In fact, this Putnam County drug court was so successful, it garnered the attention of NBC TV producers who put together a five-part documentary series, about drug addiction in America, called "Hooked: America's Heroin Epidemic."  Judge Reitz and his drug court were featured in two of the episodes with the piece receiving an Emmy award.


Our club was fortunate in having him address our membership on various occasions and he was thrilled to be included, along with his wife, Barbara, in several of our social events.  This...was the kind of man Jim Reitz was.  Always consistent, always ready to participate at the drop of an email or a phone call.  His sincerity in letting people know that they mattered...was a highly admirable quality.

For one of our club's board members, a cherished memory will be Judge Reitz's officiating at his marriage and how very special that day was for those who attended.  Not wanting to perform the ceremony just in his chambers, he led the gatherers into the historical courthouse, married the couple, became the wedding photographer and made the occasion a wonderful event. 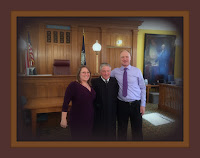 Feedback from Kent Rod & Gun Club Members is always welcome. Questions and concerns should to be directed to the club President at..kentrodandgunclub@gmail.com